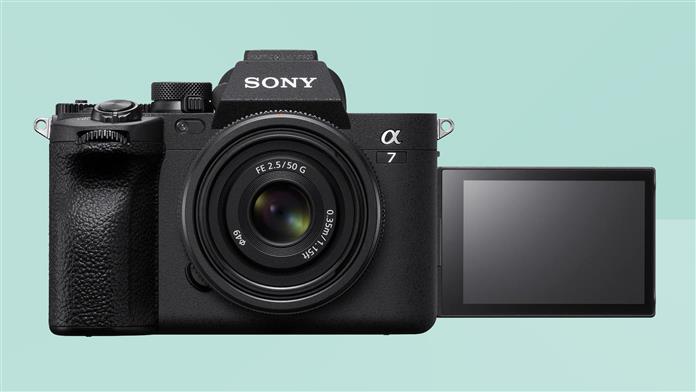 Thankfully, for all its bells and whistles and rock-solid build quality, the Sony A7 IV has remained relatively affordable – at least in comparison to rivals‘ offerings in our best mirrorless camera guide – putting it within reach of the enthusiast as well as the professional wanting a smaller, lighter and altogether more fleet-of-foot camera than a DSLR would alternatively provide.

At the heart of this latest offering is a generous 33-megapixel full-frame sensor that Sony tells us has been newly developed for this model. Once again, the device is being pitched at both stills photographers, who will relish the resolution provided should they need to produce large prints, and those recording video also, with 4K video at up to 60fps. In the age of the ‚content creator‘ it’s about the camera that serves as a jack-of-all-trades, and a master of them too, without one or another feeling compromised, or second best. 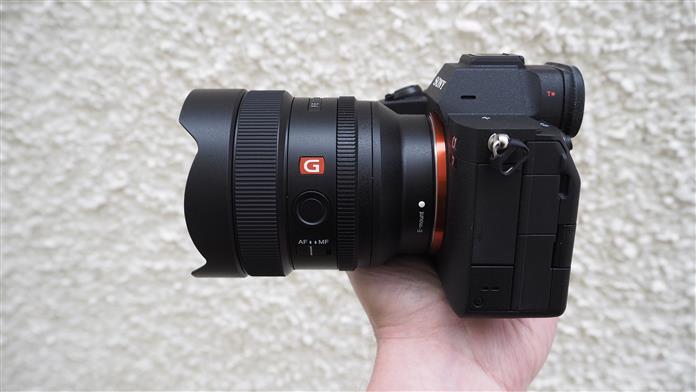 To the casual observer, the look and design of Sony’s A7 series has barely altered since its inception, even if there have been slight incremental shifts. We once again get a robust build and a design that resembles a downsized DSLR. This comes complete with a shooting mode dial, command wheel and various buttons and switches that will enable anyone trading in an old DSLR and swapping to this mirrorless system feel on fairly familiar ground as soon as they heft the Sony A7 IV body from its box.

Rather than an optical viewfinder, the Sony features an electronic viewfinder (EVF) above the now fairly standard flip out and twist touch screen LCD, which means that the latter handles much the same way as the screen on our smartphone; pinch and flick captured images to enlarge them, for example. With the camera raised to our eye, it’s easy to forget we’re composing our framing without the use of an optical viewfinder, so detailed and lag-free is the EVF.

Incidentally, videographers also benefit from the 3-inch, 1.03 million dot resolution LCD monitor that eats up two-thirds of the Sony A7 IV’s backplate real estate, just like on any compact digital camera. Its flexibility when using the screen as a live viewfinder allows for any number of creative shooting angles – such as low to the ground, or over the heads of a crowd – that would have been difficult, if not impossible, to monitor otherwise. We also found it useful when shooting in the bright winter sun, as the angle can be adjusted to increase visibility. 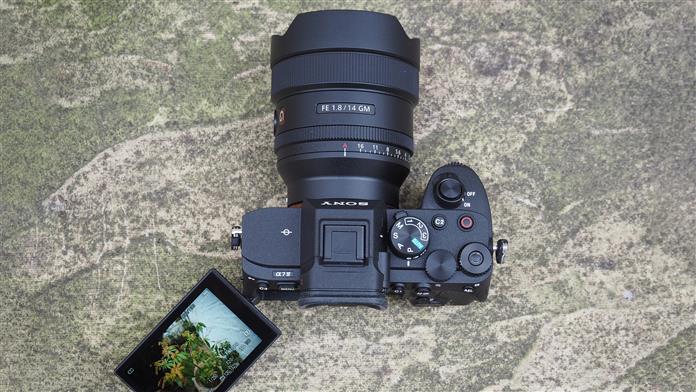 As well as a newly developed 33MP chip, the Sony A7 IV features the latest-generation Bionz XR processor to cope with all that extra data processing. Autofocus speed and accuracy has been an area that developers and engineers have keenly focused on – forgive the pun – of late. And here Sony claims the AF capability is based on the performance of its top-of-range flagship 50-megapixel full-frame mirrorless camera, the Alpha 1.

Though the Sony A7 IV itself offers as solid a lineup of features as any semi-professional Alpha camera to date, a boast this time around is the ability to record 4K quality 60P video continuously for more than one hour. Most digital cameras have traditionally tapped out just shy of 30 minutes. That’s useful perhaps if we’re attempting a single shot project similar to Chris Nolan’s supposedly ‚one take‘ 1917, doubling the recording duration we’d typically have got in the past from this ilk of camera.

Luckily there are two slots for removable SD memory cards provided under a sliding flap on the camera’s handgrip, which, if we were to use the Sony on a tripod, could still be handily accessed without having to remove it from the baseplate. Incidentally one of these slots also multitasks in alternatively providing support for a CFexpress type A card, should that be the photographer/videographer’s preference.

While not a shooting feature as such, one further thing to note for environmentalists is that the Sony A7 IV’s camera body makes use of recycled plastic – something that Sony calls ‚Sorplas‘ (Sony Recycled Plastic?) which has also been used for the packaging for the camera. You certainly wouldn’t know any difference from handling the camera – which is as well-engineered and solid as they come. 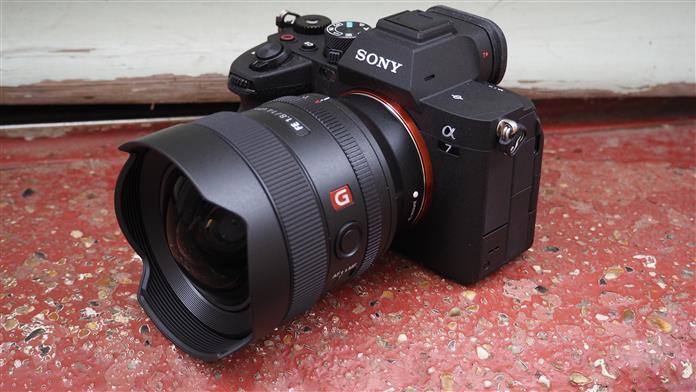 Flick the on/off switch ergonomically encircling the shutter release button and we’re nigh instantly up and shooting. Essentially, if we consider a potential picture in our mind’s eye when the Sony A7 IV is switched off, there’s a good chance we’ll still be able to capture it before the scene changes, or our subject moves.

The camera’s menu screens are well laid out and straightforward to navigate, which means that settings can be located and adjusted to the user’s wish in fairly quick order. In short, there is little that we found fiddly or awkward about the Sony A7 IV. Those who have used a DSLR or mirrorless camera before will not have to shoot in a different way or have to overthink the process at all. We could therefore keep the focus of our attention on our subject – and not get distracted by what the camera was doing.

Incidentally, we’re pleased to report back that the Sony’s autofocus, whether trained on human or animal subjects – two of the most likely subjects for users of this device, let’s be honest – was frequently spot-on, while there’s the ability to tap the screen and move the focus point around manually if desired. As we said, everything here is at our fingertips as and when we want it to be. The handgrip is also comfortably textured and of sufficient size that we were able to curl three fingers around it and hold the camera steady when shooting with one hand, with the thumb positioned at the back and forefinger hovering over the shutter release button. This will also come in useful for those shooting with heavier telephoto type lenses.

It’s worth mentioning that battery life is good for around 600 shots, which, while not a match for a bulkier DSLR in this price bracket, is nevertheless respectable for a lighter, slightly more compact mirrorless camera. 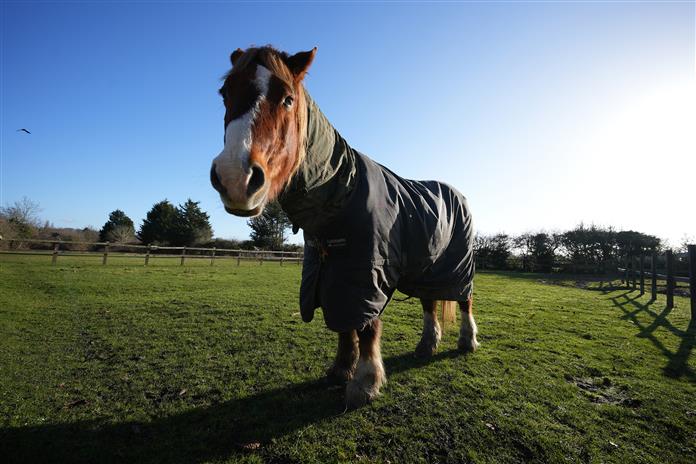 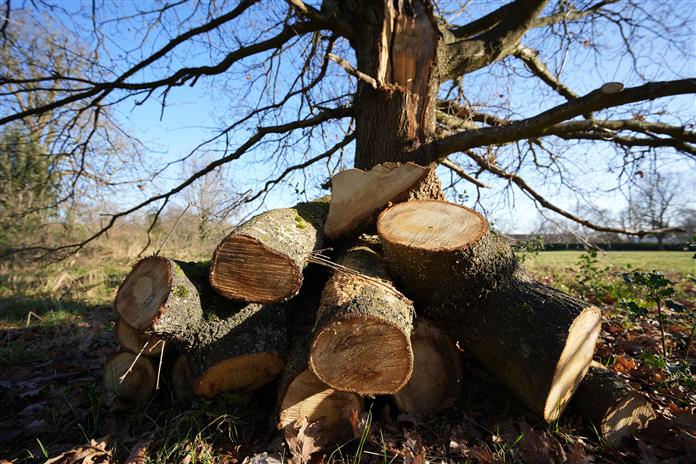 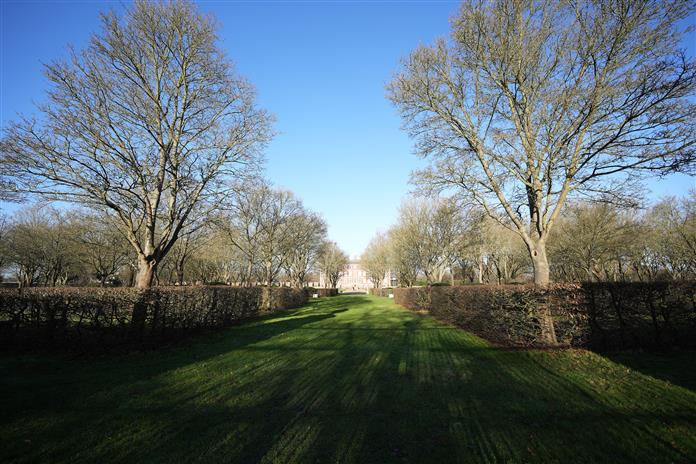 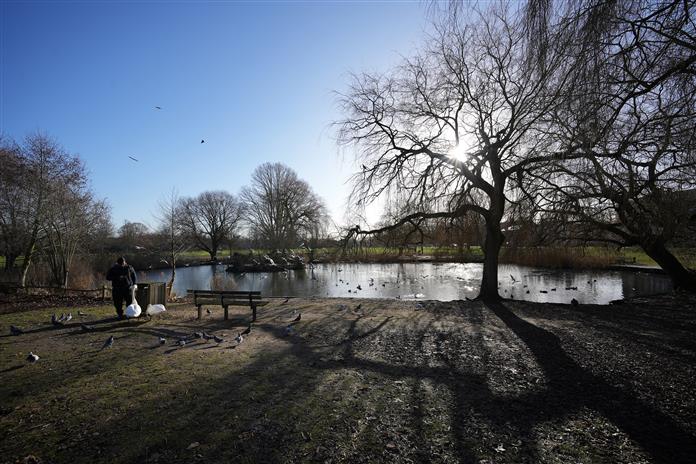 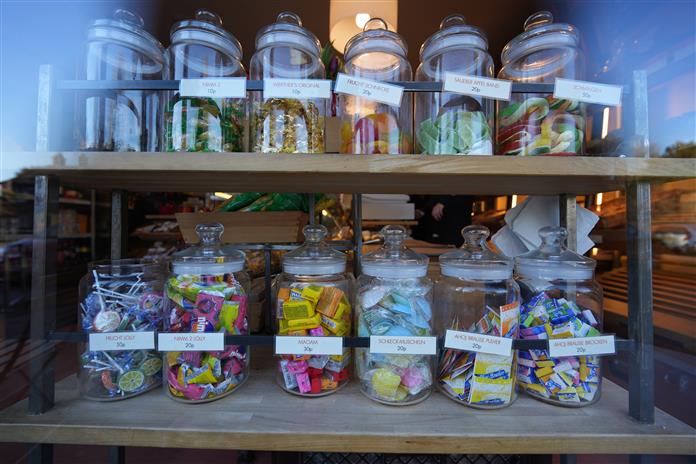 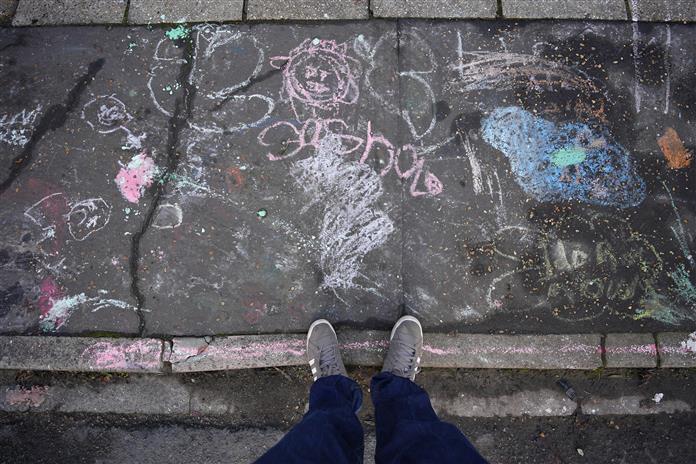 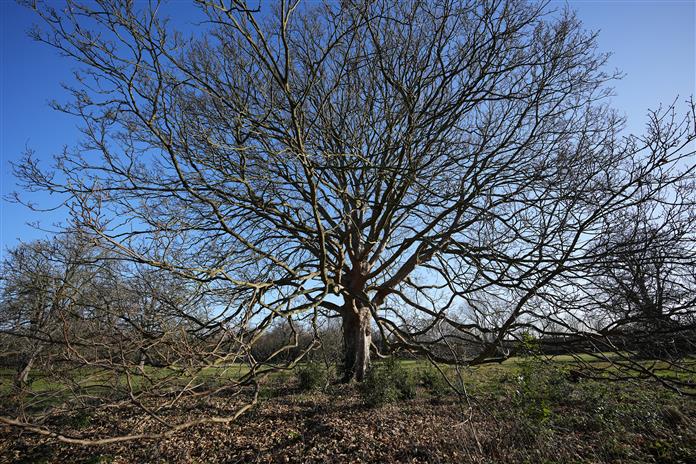 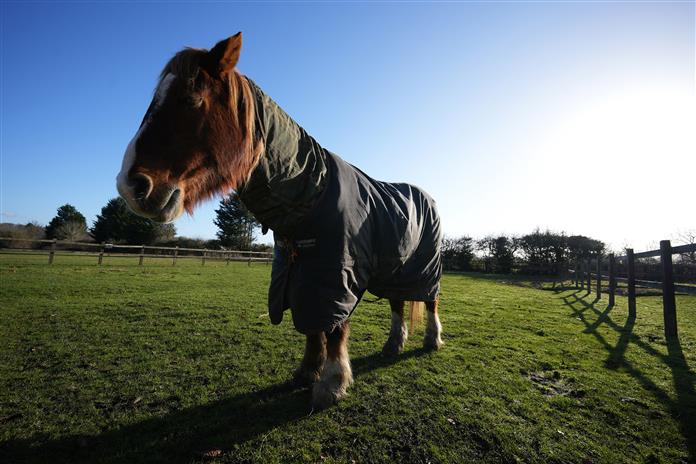 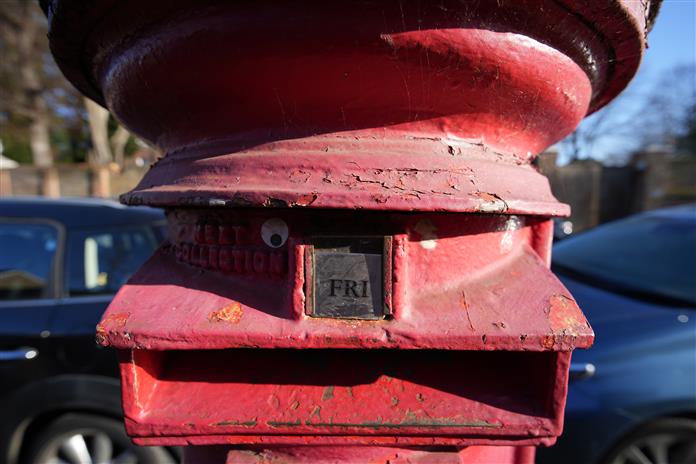 A camera body costing £2400, or £2600 with lens, is not inexpensive, and for that price, with the new 33-megapixel sensor factored in, we were expecting to be knocked out with Sony A7 IV’s results.

The 14mm ‚G‘ model lens we had to play with was a bit of an unusual choice of the PR that sent us it, as it is an ultra-wide specialist lens – and the Sony G series is the manufacturer’s premium range – most suited for shooting landscapes, which is what we did in the main. That said, thanks to the fast/bright f/1.8 aperture provided, it also proved useful for throwing the background out of focus when attempting close-ups. At other times the wide field of view resulted in what’s known as converging verticals – i.e when vertical lines lean in towards each other, especially noticeable when we have trees and buildings in our shots. This is less pronounced obviously when shooting naturally wide vistas, such as open fields and parkland.

Though on occasion we did notice some fall off of focus towards the extreme edges of the frame, images were as detail-packed and colour rich as we were expecting from Sony. Most of us won’t require all 33 megapixels for everyday shooting, but wedding, portrait and fashion photographers – as well as landscape photographers seeking to make wall art – will certainly find the specification of use. Like holiday insurance it’s good to know it’s there, even if we don’t make use of it. 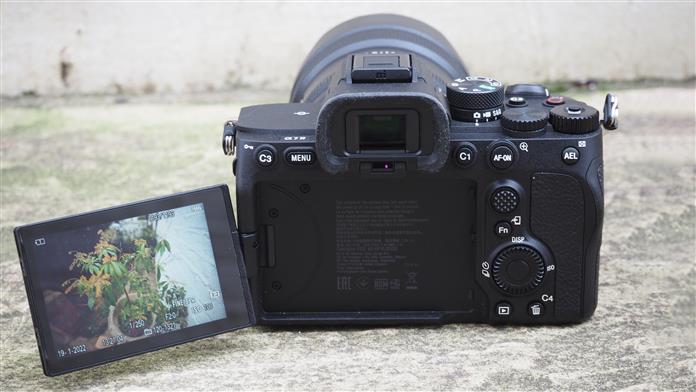 The Sony A7 IV sees the manufacturer stick to a tried and tested winning formula – a robustly built camera that delivers swift and accurate responses and colour accurate, detailed imagery, with the ability to expand the system beyond the camera body and lens we bought to begin with, thanks to the manufacturer and third parties‘ very extensive accessory offerings.

As we’ve noted when talking about DSLRs, by buying an A7 IV we’re not only investing in the one camera, but moreover allying ourselves with a whole system of lenses and accessories. Fortunately, due to the popularity of its A7 predecessors, this is currently one of the most comprehensive line-ups for photographers going, into which the Sony A7 IV slots like a glove.